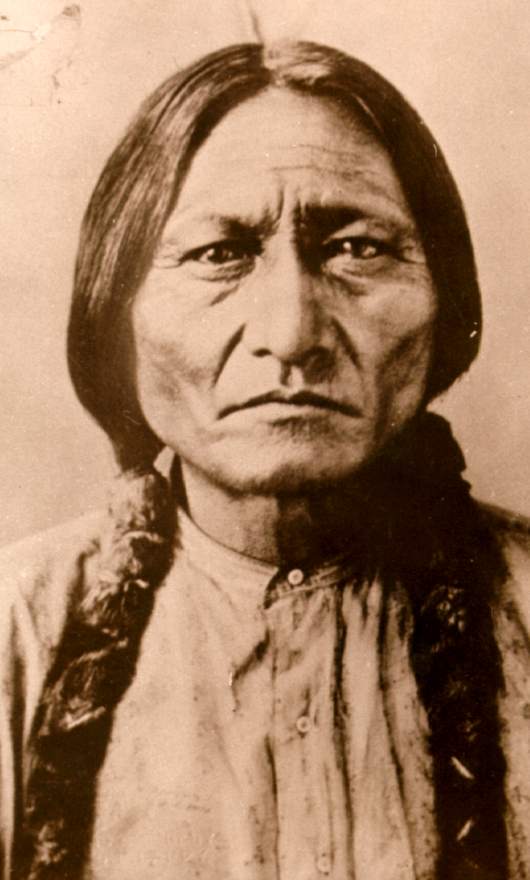 I was deeply moved when George Kavassalis mentioned his encounter with Sitting Bull earlier this year, wherein the great Native American leader said, “Do they realize this is about creativity?” For me, the Shift is indeed about creating new realities, and the massive expansion of our skills as creative beings. I saw a postcard with Sitting Bull’s photo on it yesterday, and brought home the sepia-toned reproduction of his image. This morning I asked to connect with the consciousness which is Sitting Bull, to get his opinion on the victories over the dark we have been hearing about lately. I had an amazing experience and received a joyous message.

Message from the consciousness of Sitting Bull
October 19th – morning

The battle you ask about has been won.

This human story is about all of us, not just the native peoples, but all of humanity and our Mother Earth. Humanity is returning to freedom. The battles we have fought in the past to resist the dark forces; the ones who ruled this planet for a time, are over. The past is being forgotten, the lessons learned and integrated in the collective wisdom.

The creativity I spoke of; this is humans returning to their God-state. We are all the Creator,  creating for the highest good of our Earth and all of its creatures. All that was stolen has been returned. We have accomplished this, the transition is complete. All is glory, all is won, all is freedom.

Fear not dear warriors, these battles have been won. The glory you feel as you look over the new Earth will free your hearts.

You wonder why it appears different to your eyes. These are shadows of the final days, the ‘last stand’ of the dark forces disappearing from our Earth. The last of the madness which has held mankind hostage for so long has been destroyed. The shadow plays on for those who must witness the last days in order to teach their heart the truth.

There is nothing but freedom here. Take it into your hearts, for it is yours. That which belonged to us has been returned. There will be no battles on the New Earth, for we have created the return of  freedom, and will never have this gift taken away from us again.

I was filled with joy, and asked him to show me the true reality; the New Earth which exists beyond this shadow of the “last stand.”

We rode on horseback (luminous, beautiful horses – it felt wonderful to ride again) to the edge of a mountain overlooking a vast landscape. The landscape became a view of the entire planet and it was radiant. Glowing, glorious in its light realm. The feeling of freedom, of victory, of unity consciousness overwhelmed me. I burst into tears as the beauty of it hit me. I have felt freedom, but nothing like this.

He, in his wisdom, showed me that we had not only returned to a state of integrity, but that we would never have to battle a force like that again. The deep truth of it – the purity of it, the knowing that the tide had turned forever – rippled through all of my being.

Freedom! Absolute freedom swelled within my heart. All of me – all levels, all dimensions, felt the resonance of this truth. Everything that we – the lightworkers, the wayshowers, those who dedicate themselves in service to others and the planet – have been fighting for is now manifest. I kept crying tears of joy and thanks, gave deep gratitude to Sitting Bull for showing me this sensation of pure joy and love, walked outside and yelled to the mountain, the forest, to all of humanity, “We WON! FREEDOM! We WON!”

Feel into this message, ask to be shown the truth. Ask to connect with the consciousness that was/is Sitting Bull. Ask your guides. I sense that this deep knowing, this resonance throughout every cell of our being that our ascension is guaranteed – has already occurred – may be a key element in experiencing a complete and speedy Shift into the New Earth dimensional reality.