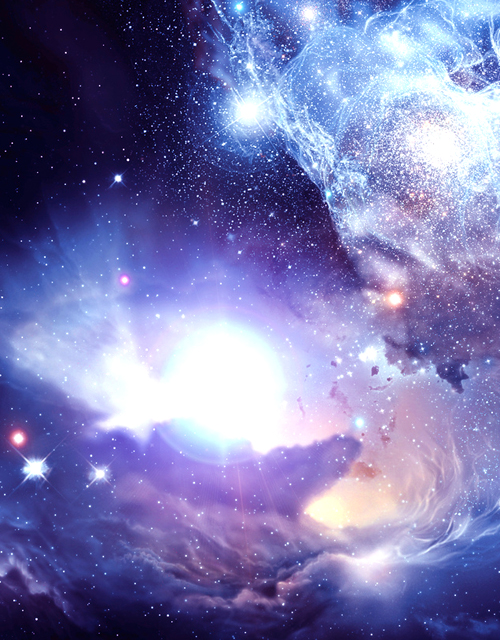 One of the larger hurdles of the Shift is embracing the truth that we are Source. We understand the concept that we are all fragments of Source, but when it comes to consciously creating our reality, many of us struggle with ownership. We say, “I am all that is” one moment, and question why the world does not appear to be influenced by our awakening in the next.

What Source is not

While many religions and cultures have defined Source by Human terms, the truth about Source and our role in its creations has been deeply distorted. Source is not:

Source, Prime Creator, the Existence or whatever you choose to name it, is exactly as it is presented: the Source of all that is. Source is pure consciousness, and nothing exists outside of itself. We, and everything that we perceive, are expressions of Source. Source is ultimate creator; the consciousness which continually sets creation in motion, exploring itself and the infinite possibilities of creation. Source creates in order to know itself.

Source contemplates itself through the creation of Universes, and everything within the vibrational structure of that Universe. There are many Universes answering Source’s contemplations. All of creation is within Source: light, sound, dimensions, realities, paradigms, all of it. All is an expression of Source.

Our Universe is built on the vibration of unconditional love, which is a light intelligence. This structure allows Source to explore everything that unconditional love has to offer. In order to learn about itself, Source allows the Universe to explore this creation without supervision. There is no judgment on how it unfolds. It is literally left to run its course, with all the beings, planets, galaxies, and creations within it expressing and exploring every aspect of unconditional love.

Love is a pure light, the closest vibration to ourselves, as Source, that we can experience in this Universe. Currently this Universal expression is being challenged by the vibration of fear, in order to experience how far Source can drift from love. It tests the power of that vibration, to know every aspect of love and everything which can occur. Source dreams of itself as a Universe exploring separation and a grand return to unity. Source is an artist, asking, What if I forgot myself, what would happen?

It may be hard to break the habit of thinking of Source as a being, creating things from above. Dimensional structure gives us parameters in which to place ourselves, but it can lead to thinking in terms of hierarchy. There is no hierarchy within Source; separation of any kind is an illusion. As our 3D reality breaks down, we are reacquainted with simultaneous existence; we return to a collective state of consciousness. Our connection within Source becomes more apparent as linear time dissipates.

In the absence of doubt, we are all God

Our existence is a facet of Source’s brilliance shining through many prisms of expression. The outpicturing world is a reflection of what is being created within the prism. Let’s go beyond the mind level with this concept and take responsibility for what we have created in our lives. Know that you are absolutely in command of the reality which manifests around you. Doubt can keep us from realizing this. Our minds say, I’m not that powerful, I don’t want to be responsible, I’ll wait until the outside world shows me I am God, etc. Let the stereotypes of what God is supposed to be dissolve. The Gods of holy books were insecure beings, demanding worship and dominating others.  Insecurity is a vibration of fear; a side effect of separation from Source.

You are Source, and your reality expresses whatever you command. That is how powerful you are; you are creating your life, and add your vibration to the collective consciousness at all times. There is no outside entity enforcing a reality. This is why expecting world conflicts to end while avoiding the conflicts within yourself is madness. If you truly want to alter the reality on this planet, clear yourself of internal turmoil. It’s not a request for control, it’s a request for freedom; clearing the density and surrendering to one’s creator state of consciousness.

Our obsession with past and future was Source’s exploration of separation from itself. That paradigm is coming to close, so we must break the habit of recreating it in our lives. The longer we stay in doubt, the longer we will experience separation. As we surrender to the unknown, the vast possibilities available to us are revealed.

When we realize the intimacy of self as Source, the mind, ego and emotions begin to loosen their grip on our consciousness. It is beautiful, and often amusing, to see the events unfolding here as a full-spectrum exploration of ourselves. By tapping into the vibration of unconditional love, we may know the truth of ourselves as Source. Feel it in your core being. To know oneself within the dream of the Creator is to know the divine truth of existence.

If you’re having a non-identity crisis with this realization, book a session with me – there is no need to suffer through the Shift.

If you find my work helpful, please support new energetic exchanges with a donation of any size.

2 comments on “Fear of the Self as God”