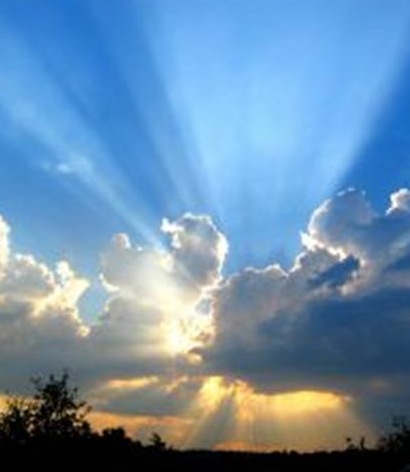 We have received the long-awaited return of crystalline consciousness. The light which came in through the 11/11/11 gateway was THE crystalline light structure known as “Christed” light – the divine light structure that will transform ourselves and our beloved Gaia back to our Christed status. This light has anchored itself within the core of the planet, and within every HUman heart on Earth.

The true meaning of the second coming of Christ is upon us. As many of you understand, it has nothing to do with a man coming back from heaven. The story of Jeshua ben Josef (Jesus) has been distorted, misinterpreted and used as a means of control. I often think that if people knew the beauty of Jeshua’s true journey, they would be moved in a much deeper way than the tales of him dying on a cross. Regardless of the Annunaki biblical stories and manipulative agendas which spun out of it’s effectiveness, we are at a turning point where truth is being revealed at an accelerated rate.

Jeshua was referred to as Jeshua the Christ because he had mastered crystalline or Christed consciousness. Originally it was KRYSTHL, the vibrational harmonic tones used to create beings and planets with the structure of pure Source consciousness. Christed light is the higher dimensional expression of Humanity and this planet. Gaia (Mother Earth) fell from her Christed status, a very high vibrational state, over 2 million years ago. She was sent into a massive decrease in frequency, which affects the dimensional expressions she can support. Many races have used her as a place to experience density and transmutation through the ascension process.

Mother Earth is the expression of the Divine Feminine in our solar system, and the Sun is the expression of the Divine Masculine. Their love affair has a long and radiant history. When Gaia began to experience massive decreases in frequency, such as the fall of Atlantis when she was plunged into a third dimensional frequency, the Sun visited her by incarnating in a 3D physical structure. Many ancient tales, before Jeshua, refer to Sun Gods with similar characteristics; birth on the solstice and so on. The connection in those journeys is the Sun itself; the Son (Sun) of God, the 3 days of death before rising, etc. The Sun is an incredible consciousness, and its many journeys here reminded Gaia and humanity that the return of our Christed status is inevitable. We are upon that moment now.

The Holy Grail within

The symbol of the chalice at the last supper – the whole event itself – represents the separation within Humans from our higher levels. The merkaba symbol, which shows the unity of our higher and lower selves – the body and the spirit – is separated to create a chalice, with its center at the heart chakra. The twelve apostles symbolize the fragmented self, the further fragmentation of our crystalline consciousness. Each of us has twelve expressions as we travel down through the dimensions. (Our entire dimensional structure in this Universe is a system is based on twelves.)

The Holy Grail is within us – it is us. This is the magic of eternal youth, wisdom and seeing the truth. We drink from the cup by reuniting the Christ within us. The “last supper” is symbolic of the last time this truth would be demonstrated in full force on the planet. Afterward we would experience the darkest energy on Earth, hitting its lowest point during the dark ages, and then a steady increase in frequency as we approached the galactic center.

The reunion of the higher and lower levels of the self is the dissolvement of separation; an illusionary matrix which is a side effect of incredible density. All the predictions of the Mayan calendar; unity consciousness, the second coming, the return of the Christ, the lifting of the veils of illusion are upon us. It is indeed an amazing time to be here.

Certain cosmic alignments allow for increases in frequency and evolutionary jumps.  Cosmic cycles are very long, as noted by the 16.9 billion year Mayan calendar. Because specific changes in frequency can only occur during certain windows of opportunity, we have a lot of off-world assistance as we align with the galactic center. We’ve entered the photon belt, and the effects are plentiful. Photonic light frequencies allowed for an opportunity for the Christed light to return and be anchored here.

We’re moving into a very rapid process with the anchoring of this new light right in our own bodies. The higher frequency trumps all lower vibrations, which means the density has to move out. Energy has to go somewhere, and if you are aware of what is happening, you can help the removal of density from your system. Density reveals itself as fears, emotions, doubts and controlling behavior. This is evolution in progress and lower vibrations are on their way to extinction. But there is no need to struggle with this energy. Understand that lower vibrations are forcing their way out of your lifestream, and you may release them more quickly.

Lightworkers and awakened folks are the first to get hit with these energies because we have put ourselves in a state of activation. All of our darkness is revealed, and I sense this is purposeful this month. The sooner we clear the awakened, the better we may assist the collective as they wake up.

Much of the population will be entangled in their own emotions for a while. They may not understand the clearing that this Christed light demands. Expect people to be very emotional and erratic during 2012. The greatest gift you can give humanity and Gaia at this time is to clear yourself of the baggage of lower density. Every time an issue comes up, deal with it. Look at what it’s showing you, understand the lesson it has served, and release it out of your system for good. You are responsible for your own consciousness, your own reactions.

Humanity will need authentic, centered people to assist them as we go through the Shift, and that is something you cannot fake. This is not about appearing to be enlightened or full of love and light; this is the real deal, where everything is being revealed. There is no lower vibration that can hide or be repressed during the Shift. Do the work, and get help if you need it.  The light is busting apart everything that is not a vibrational match, and no one is immune to its effects. Be patient with how intense these days may be for you. Rest, drink water, get in nature and release all that is not the true you.

This is the first Christmas where we have the Christed light anchored in our planet and our hearts. Celebrate this birth, this joyous return of YOU.

If you find my articles helpful, send me a Christmas present of a donation!