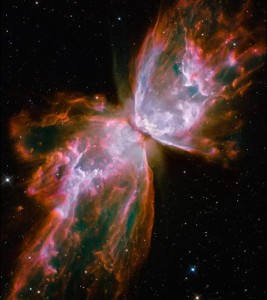 This article is part of a series.

INFORMATION is not KNOWLEDGE. My intent here is to share with you the things that allowed me to experience a level of freedom that I know (yes, know) everyone is entitled to as a human being and creator of their own reality.

I haven’t met anyone who, no matter how religious or rational they are, doesn’t think that there is life somewhere out there in the Universe. It is difficult for most of us to believe that we are the only available life form in all of creation’s expression. Regardless of the inkling that we are not alone, when extraterrestrial life is discussed at a social gathering it tends to be a lights-in-the-sky, flying saucer and Grey-skinned-alien type talk. Fortunately there is a large amount of information coming in via channeling and intuitives – where a human is utilized as a vehicle of communication to deliver an off-world message.

Channeling is not an exact science (how could it be measured?) and opening one’s self up to messages from beyond allows for various sources to come through; not all of them reliable. If the channeler or intuitive has demanded specific parameters for contact, and the messages are consistent, there’s a good chance that the source is who they say they are. Only you can decide if you resonate with that source and the messages they bring. If the messages resonate with you, enjoy! If they make demands, promote fear or lead to pricey endeavors – well, I’ll let you decide how to handle yourself.

In the last ten years, we seem to be receiving more messages from extraterrestrial (ET) sources than ever before. Typically the ET messages are from the Pleiadians, Sirians, Andromedans, or Ascended Masters/Groups of Ascended Masters who don’t specify a location. The excitement and urgency of these messages have a common theme: this is a very important time for Earth and her inhabitants. Vast change is upon us, a grand step in evolution has arrived, and the dark ones are about to be booted out of control. No ET has promised an easy time in the next 2 years, but the aftermath is always described as beautiful. All of them recommend meditation.

To be honest, there are only three people I resonate with so far, and I feel they are truly assisting humanity in their own way. Even if they are deluded, their methods and messages lift my spirits and show an expansive creativity for enlightening the mind. There are a few others that I read just for fun, since we are deep into the shift and they like to give juicy tidbits about dates and events. Amazingly enough, they are usually spot-on with their predictions.

Personally, I don’t resonate with the Galactic Federation of Light (GFL) broadcasts. They are interesting to hear, but I am not a starseed so perhaps that is my block. But a GFL message caught my attention last month. I have learned via metaphysics that humans are a key element in raising the vibration of the planet during this window of opportunity for evolution. During a channel by Rob Cutter (one of the folks I really like) he warned people not to go on lightships or vessels to “save” them from drastic Earth changes. There apparently are some entities looking to beguile humans into boarding a ship of projected light. My compassion went into overdrive. Oh no, people are going to think it’s real! kept running through my head. Rob’s message was “They are the ships” and the intention is to take souls away from the Earth during the shift.This is also known as the Soul Harvest, a dark agenda to remove souls from the Earth plane so they cannot assist in evolution. When I saw the GFL plans about inner earth crystal ships that they would send to rescue people during deadly weather, my heart sank.  I cannot say they are wrong, of course. I just hope they eventually return everyone to the surface.

While I was doing research for my next novel Sister Moon, I came across some very interesting presentations on ancient aliens. There are thousands of artifacts and ancient ruins demonstrating unusual activity here on Earth. The curious part about 12,000 to 20,000 year old accurate world maps, sculptures, elongated skulls, giant skeletons, genetic surgery inscriptions and unknown glow-under-blacklight materials is not that they pre-date the Genesis story by 8,000 – 16,000 years. It’s the outrageous inability of the international archeological community to investigate these finds.

Funding is flat-out denied by any government or foundation support. Anything that challenges the status quo is quickly cut off, unpublicized, and often times bought up by the Rockefeller foundation, never to be seen again. Imagine all the amazing materials, art, and creations unexplored, simply because of this control matrix. Imagine being the woman archaeologist who discovered underwater pyramids off Cuba one day, only to have her discovery repressed by National Geographic.

It seems life could be a lot more fun if we could see everything that has been discovered on our planet. Imagine a newscast that opens with, “Look what so-and-so found today! What the heck is it? Fascinating!” This is why the internet and private exploration has become the only reliable source for new information. No one has to manufacture a reality around the news. Just show me what you found.

The issue of ET disclosure is complicated.

Whether or not we get a peek at ETs, angelic or demonic, peaceful or banal, it seems we are closer to experiencing something out of the ordinary. Creative minds, get ready for the possibilities! Take care of your emotional, physical and spiritual self. Eat well, drink pure water, do some emotional clearing so your nervous system doesn’t get overloaded, and meditate so you can handle anything in a calm, clear-headed manner.

Graham Hancock on ancient ruins and repressed archaeology
Klaus Dona with an amazing video of unusual artifacts – a must see!
Ancient aliens series on the History Channel
David Wilcock on the Quarantine issue and some very interesting NASA and Air Force patches.

Up next: Area Four: Ascension and the Lightbody