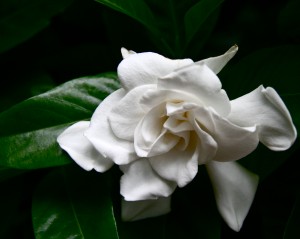 Our rapidly evolving consciousness will not believe another dark manipulation as it did with 911. A fake alien/false God scenario won’t work unless we agree to it.

How does that happen? Did we agree to 911? Of course we did, and we did it via loopholes in our free will.

Note: References to 911 have nothing to do with the terrorist scenario; the 911 event was created for a twofold purpose: to implement a  deep control matrix of fear into the mass consciousness, and to seize major stargates in the Middle East. This is the reason for ongoing wars in that area; this is a galactic scenario and has nothing to do with oil, terrorists or corporations (although there are many benefits for those organizations). The humans involved in the greed-power-service to self structures of false light activated a deep hijacking of our free will with 911, which continues to fuel those programs of manipulation. If you know and understand what is truly happening right now, dissolve the agreement to be fearful, to fear saying something, to not speak your truth. The next year holds energetic support for your desire to be authentic, but it is up to your free will to decide to walk your talk.

It is difficult to hope that folks who believe in fake enemies on Earth can awaken before the dark produce fake enemies from off-world. Everyone has been talking about the widespread attention being given to Elenin, the USA’s Middle East massacres spreading in Libya and Syria, and the impending “doom” of economic collapse. Please people, let the monetary system die already. We need to let all of that go, and we will be FINE without the current system. Let. It. Die.  Note how odd it is that people fight for our economy, but are willing to allow others to be murdered under the guise of terrorism or dictatorship. Where is your true allegiance? Mankind or money?

Know that there are many lightwarriors at work to break apart these control programs, but this is a collective consciousness. We’re vibrationally as strong as our weakest link.

Agreements: manipulations of the free will law

This is how free will has been so distorted; we’ve agreed to manipulation. Check your lifestream; how are you agreeing to be disempowered today?

All of these subtle collective agreements lead to massive manipulations. Do you agree to do nothing? Say nothing? Be lazy with your consciousness? Do you engage in subtle agreements to eat & drink toxins – to destroy your lifestream? Agree to believe what you are told on the web, TV, radio? To deny the voice of your own Higher Self?

Have you agreed to hide your light? Agreed to be afraid to express yourself? To pollute? To give your power away? To hate? To kill?

Agreements in the collective consciousness begin at the INDIVIDUAL level.

It may be as subtle as, “I choose not to care about my use of resources or recycling.” That subtle agreement to not give a damn about the Earth’s resources grants permission for the dark to abuse the Earth. KNOW that it is tricky like that. You might say, “I didn’t agree to dumping all that oil,” and yet you continue to drive everywhere, even when alternatives are available. Do you use only what you need, or are you using beyond your needs and agreeing that the Earth is here for us to drain, pollute, and abuse?

Manipulation is based on loopholes in free will.

What are you agreeing to throughout the day? This is how the dark has controlled you – the loopholes are very subtle. There are no victims. Free will is still very much a law in this Universe, but we’ve given it away at every turn. This is about AGREEMENTS. What do you say yes to?

Catch yourself as you make decisions throughout the day. Resist the habitual agreements and break these contracts of fear. You may have many sobering moments of, “Oh my God, I’ve been agreeing to this whole thing all along!” Yes, lovely, it is a collective pot we are in. Do something to bust up these agreements and you will change the world.

It takes CONSCIOUS effort to un-do these agreements. Be vigilant, don’t wait for others,or signs,or drama (laziness is also an agreement).

End these agreements NOW. Note where you agree throughout the day to be lazy about taking back your power. Returning to free will is as easy as ENDING these agreements on every level of your being, every moment of your day.

Be bold and say it out loud, let them hear you.

It would be beneficial for you to have a spiritual coming out SOON. You family & friends will need you for guidance. It takes a while for them to break the habit of judgment, jealousy, criticism of your truth. Don’t preach, just speak from love. We don’t need any less-than-authentic beings contributing to the disempowered vibration on this planet. Agreeing to hide, to not be all that you are, to be less than, weaker than, afraid of others is an agreement that lets others continue to make that a reality. Get yourself OUT.

If you want coaching on how to speak about awakening to your friends & family, book an hour with me. It will change your life.