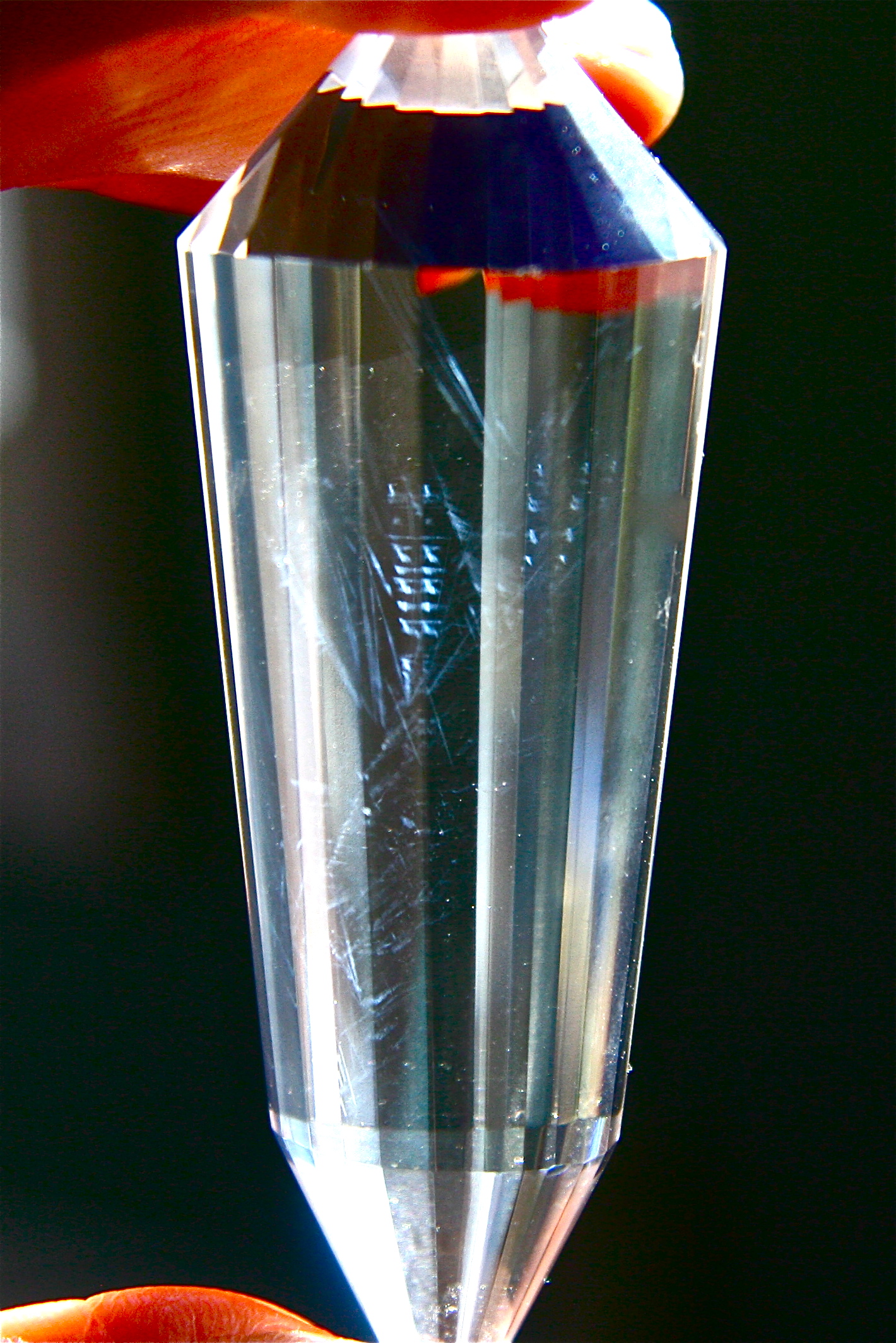 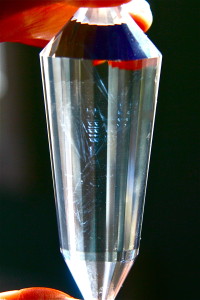 Teleportation is the transfer of physical matter without the delay of timespace. Because we are taking on a more photonic (light) state, it is becoming possible to transmit the particles of our physical beingness to another location.

We prepare ourselves for a new experience by transmuting the density out of our bodies and energy fields, pulling in more light by activating and exercising our crystalline heart intelligence, and connecting with the Source-point of our true self. Our vibration is rises, the platform for our experience (4D Gaia) amplifies, and all is aligned to take the next step.

Teleportation experiments are happening now as preparation for lightship visitation and physical interaction on the ground with a few off-world races who are dedicated to assisting our ascension.

In this now moment, some gatekeepers/wayshowers are preparing for physical contact with our Star Families and Galactic Teams. This is exciting to me because up until now it has been via visions, dreamstate, lightships and telepathic communication. While beings will present as sparkly fields, or a pillar of light, or in orb form, we haven’t had much physical contact. The plan at this stage is to begin to create interdimensional spaces where grounded folks and higher realm team members may interact.

In order to create a space for interraction/teleportation, an energetic platform is first set up on the ground.

Let me share a basic portal setup from the Pleiadian-Sirian alliances, which is modified depending on the interaction’s intention:

We plant crystals in the ground in a specific pattern. Pleiadians are very detail-oriented. Sirians are master engineers and precise in their creations. Some of the crystals I have been shown to use are way out of my reach financially, so they are represented by a smaller version with a more powerful encodment. As always, we do our best to represent in the 4D what is actually occurring in the higher 5D/6D planes.

Sometimes the crystals show above ground, sometimes not; it depends on the location. They may follow sacred geometry patterns, or a combination of patterns similar to a crop circle – this is specific to whatever kind of interaction is going to occur. 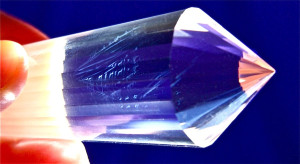 The main anchor crystals are light-encoded before the structure is set up. (See photo.) The encodements look like light language or symbols planted right in the crystals; you can see them inside the crystal itself.

These main crystals codes may contain: energetic support the intention of creating an interdimensional space, the light-signatures of higher beings, energy signatures from Gaia’s 5D core via the grids, activation codes for future interaction, or aspects of my own higher levels (go team).

The crystals change the vibration of the area where the pattern is set up, connecting to the crystalline grids above it and tapping into the many Earth grid systems below it.

There were several grid systems within the 3D Gaia which are still active in the 4D projection of that reality. 5D-8D grids expand outward around the planet. These grids were used to support the dimensional shift and continue to serve the merging of 4D/5D platforms (bringing Heaven to Earth).

With a 5D Gatekeeper activation, the portal anchors into the planet creating a sacred space. It is multidimensional, creating an overlap in frequencies – a shared space of higher frequency and lower frequency for interaction between dimensions.

Once it is set up and anchored properly, a lightship may hover above it and send beams of light energy through the pattern. It looks similar to what I do with Gatekeeping, where a 5th/6th dimensional gateway is established and then surrounded by golden crystalline pillars of light. The pillars of light hold a sacred space between dimensions. It is gorgeous to behold. This is not yet visible to the denser eye, which is purposeful as it would disturb too many folks. I have noticed the usual bird activity (birds love a portal) and more Master interaction since the spaces activated.

Last year when I was doing crystalline corridor work, I was learning how to interact with these gateways. Now these interdimensional spaces are being co-created to have contact in the physical with a higher realms of light: Star family, other races, the Masters, the Archangels, etc. This is the beginning stages of preparing for physical contact.

In the sacred space of these portals, we merge our consciousness with the higher realms. It does take a lot of focus within that sacred space.  For me, it is providing a very deep understanding of unity consciousness. It is a very natural state of being once you get there. Heart-center focused (no mind or emotions) and quite different than what new age rhetoric has described.  I AM attempting to describe the indescribable here; the purity and complexity of this kind of interaction cannot be summarized in linear language.

It is a communion of dimensional experiences. No lower dimensional mind-level, ego or emotions. It is the resurrection of the Source Point; a direct link to all of your higher levels and the higher realms. We use the support of the pineal for vision and receiving information telepathically, but the key is in through the heart center. This is a level of spiritual maturity.

We are experimenting with how can we be in the same space in a physical way. We have to understand that as foreign as their state of consciousness was to us, our state of consciousness was also foreign to them.  On paper, it seems the higher realms know everything. However the grand experiment of a planetary dimensional shift with the Ascension of an entire race is brand new to everyone. They are as fascinated with this process as we are.

We don’t know how long it’s going to take, forget the linear schedule. I understand that many people will be having experiences of going on a lightship this year.

Teleportation has nothing to do with wanting to go on a lightship, get out here, experience other galaxies, moving to other planets, and so on. There is work to be done right here. This is about uniting the folks on the ground with the teams they have been working with in order to serve the acceleration of awakening. Let us remember this a co-creation; it’s not the galactics doing something to the planet, it is all of us co-creating the shift in consciousness. It always was.

Many lightships fly over energetic lines, lay lines, grid lines, sacred sites or vortexes because they are working with energy systems already in place. This why there is so much traffic at a places like Shasta and Sedona where a lot of grid lines crisscross or converge. It is similar to energy work on body meridians.

People that are getting flashed from lightships are receiving energy which is flowing right through you into the ground. You are a grounding rod for that work – wether you’re aware of it or not. Sometimes the flash or beaming may feel like love, grace or beauty. Sometimes it is recognition of grounded team members. Sometimes it is confirmation that your consciousness has expanded enough to be able to perceive them in that way, like a friendly greeting.

There is a deep humility in this experimentation, so the spiritual ego has to go. We choose ourselves along every step of this path. Our willingness to engage with the process activate our pre-agreements to serve in our own unique way.

The body flinches a bit with the brand new experience. Anyone who has had close-to-physical contact knows that there is a learning curve with physical interaction. The body has to deal with the lower levels (ego, mind, emotions) fighting for comprehension of something they do not recognize. Sometimes the flinch happens a day after interaction – like a delayed response. I AM getting better at it as I learn to maintain stability when it feels like my body is dissolving. Oddly enough, it is the Will I be able to get back sensation I have to overcome. We’ve all had that in astral travel before – adding the physical aspect is just so … physical.

The skill set for this job description includes communication skills, opening gateways and interdimensional portals, the ability to stay calm, centered and focused in the presence of higher dimensional beings, and the maturity to know when things can be shared and when they cannot.

Mastery is not served by impatience, nor is the body vehicle. There are a lot of adjustments to my energy fields and body as this unfolds. We have seen the affects of too much light on friends or family in this tribe – you can collapse physical structures (damage the nervous system) with too much light. True integration is a permanent change which takes heartfelt patience. There’s an article I probably won’t get around to writing entitled, How to lose your mind without losing your mind.

In addition to setting up these outdoor interdimensional portals, there is experimentation with a home version of sorts; something you can set up in your sacred space in order to connect clearly to your guides, higher levels and star family. I AM playing with that in the Ascension Course this month. It’s not something that is ready for public consumption just yet. Patience, beloveds.

The goal is to create sacred space where we may experience lightship level, as well as the physical presence of other races. Little by little, more of these experiences will be anchored in the collective consciousness. It allows the collective to get comfortable with physical interaction, raise the collective vibration, and create liaisons for the divine reunion of worlds.

It is an honor to serve in this way. Light servers with Galactic connections, ask your teams about creating these spaces. I AM consciously aware of 12 grounded HUmans working on this right now. Please don’t ask me – ask your team. I understand I AM showing up in many people’s dreamstate right now; there is a big mulitdimensional coordination for this acceleration. My best advice is to anchor your sacred space wherever you have been placed; we are spread out on purpose.

Know in the core of your heart that these experiences are unfolding quickly. Support it energetically with calm, compassionate and loving intentions for the highest interests of all concerned.
——————-
Related discussion: Listen to my interview on Heavenly Blessings radio show from last month.
__________________________

Your support is truly appreciated, thank you!

Choose your own donation amount at https://sandrawalter.com/donations/

Follow my journey and receive more updates on my personal Facebook page:
Sign up for Light Intel articles and updates via email at the bottom of this page.

Sandra Walter is an Ascension Guide in service to Source and the Shift in Consciousness. As a Wayshower and author, Sandra provides transformational online courses, articles, books, presentations and creations focused on Ascension.
View all posts by Sandra Walter »

8 comments on “Teleportation: Communion of Worlds”