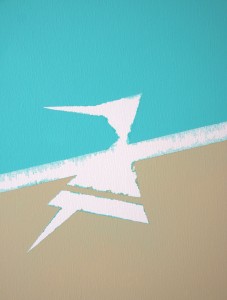 The shift, jump time, evolutionary upgrades and ascension have been discussed for years in spiritual circles, and for millennia in ancient cultures. Waves of unique energy have been surging through our galaxy for decades, and the peak moment of opportunity is upon us. It’s fantastic to be here and experience it!

Even if you are not practicing meditation or a spiritual technique, it may help to be aware of these changes and know it isn’t the “end of the world.” It’s a beginning, and big change is typically rough. This is a great time to reevaluate priorities, restructure our leadership, and build a promising future. Stay positive and let the energy work with you.

The changes in our Sun and Earth are most likely going to affect your life.

Weather, natural disasters, and climate change are imminent due to the drastic reduction of the magnetosphere combined with increased solar activity from 2011-2012. As I mentioned earlier in this series, I don’t think there will be a pole flip, but it depends on what kind of shift you subscribe to.

The Earth is conscious entity – a very patient conscious entity – but she has to do what is best for her and her inhabitants while she has the chance. This is her opportunity to loosen the grip of the dark and regain her light. The Earth is evolving rapidly during this “jump time” as well as the human race. Millions have been connecting with her in the last few years in an effort to help her and humanity reach a higher level of consciousness during the shift. By conducting energy through group meditations, gathering at grid points, and practicing lightwork, we hope to activate the magic 11% of enlightened souls needed to create a more peaceful Earth and society. Some say we have prevented a pole shift already by our actions; others want to achieve a Fifth dimensional shift, which I’ll explain in a bit.

All in the Timing

The magnetosphere will be at an all-time-low for the next two years. This means:

The concept of ascension has a few definitions, all related to activating higher consciousness. Here are a few of the possibilities I have researched:

How-tos for ascension are also plentiful, and some more advanced than others:

There are many other definitions, theories and methods out there, but it seems the key to ascension is making a choice. Make a decision on where you are going and how you want to get there, and do the work.

A few dates in to be aware of, since we’re in the final stretch:

There are many other astrological and global activities in 2011, this is just a few interesting events in our timeline I have come across.

Here are a few links to helpful folks (there are many), depending on your path:

Lightworker.com: Steve and Barbara Rother run a fantastic website full of information and guidance on evolution, ascension, and living as a lightworker. They have some amazing guests on their monthly “Beacon of Light” broadcasts as well as enlightening messages from “The Group.”
Ascension symptoms: Wondering why your ears are ringing with that high-pitched tone? Waking up at 3am every night? You’re not alone, here’s a list of typical awakening/ascension symptoms by Jelalia Starr.
Gold Ring: the Game of Enlightenment: Rysa’s acclaimed series on enlightenment, spirituality and metaphysics.
Source Vibrations Solfoggeio Harmonics: Frequency-enhanced music and videos for meditation.
Global Coherence Initiative/Institute of Heartmath: Global monitoring systems, active online community, and tools for living a heart-based approach to life. Their site is rich with scientific information for your inner geek.
My favorite guided meditations: Orin via Sanaya Roman. Downloadable mp3 guided meditations on everything. She has a beautiful voice, too.

MCEO and Keylontics: Asayana Deane of the Melcziedek Crystal Emerald Order teaches a highly technical (and somewhat expensive) version of ascension mechanics for getting out of the Fall System (our solar system/structure of incarnating). There is a six-hour interview with her on Project Camelot discussing galactic drama and an intense overview of dimensional structure. Not for those unfamiliar with ET races and Illuminati/dark agendas. It left me numb for days, but I gained clarity.

Freedom of the Soul: Dane Benn-Dabid’s YouTube channel which outlines dimensional structure, physics, and the unnatural agenda of incarnation. Insights on why Budda said “Life is suffering” and the nature of the Universe. *Note: I have a message in to Rob Cutter to verify his take on this channel.

George Kavassalis: I really like George, he’s had an incredible life path. He focuses on organic ascension and the divine feminine of Mother Earth. So much of what he says resonates with my heart.

This article is part of a series from December 2010.

My intent here is to share with you the things that allowed me to experience a level of freedom that I know (yes, know) everyone is entitled to as a human being and creator of their own reality.

If you find this website helpful, please make a donation to show your support.